|| Walk in Interview for engagement of JPF for Population Education Project

Regional Institute of Education, Bhubaneswar one of the five such institutes in the country of NCERT, New Delhi has been providing academic and technical support to the states of Odisha, West Bengal, Bihar, Jharkhand, Assam, Arunachal Pradesh, Manipur, Meghalaya, Mizoram, Nagaland, Sikkim, Tripura and the Union Territory of Andaman & Nicobar Island for improvement of school education through pre-service and in-service programmes. However, with the establishment of North-East Regional Institute of Education (NERIE), Shillong in 2015, in-service programmes as well as pre-service B.Ed. programme for North- Eastern states have been shifted to NERIE.

This Institute stands on Sachivalaya marg, Bhubaneswar about 5 km away from the city Railway Station and 7 km away from Biju Pattnaik International Airport. Known as “ Temple City of India for its rich heritage of temples like the Lingaraj, Mukteswar, Rajarani, Kedar Gouri and Baital, etc. Bhubaneswar is famous for their art, sculpture, architecture and sanctity as well. It also prides over the renowned and ancient monuments like Khandagiri, Udaygiri and Dhauli, to name a few. Declared as the 1st Smart City by the Government of India in 2016, Bhubaneswar has a glorious past where the historic Kalinga war was fought in 261 BC along the banks of the river Daya, which led to a miraculous transformation of Emperor Ashoka from Chandashoka to Dharmashoka in the path of peace and non-violence.

To be an acclaimed leader in school education and teacher education with focus on quality, equity, inclusiveness and excellence through research, extension, training and consultancy in the eastern and north-eastern region of India. 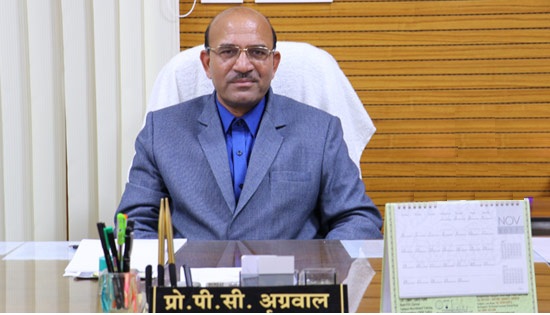 It is a matter of honour for me to join as a Principal of this esteemed Institution having a glorious academic legacy. I am determined to fully utilize my entire potential, experience

In charge of Educational Technology Cell is Dr. Ramakanta Mohalik

The Library is located centrally in the Institute main building comprising

We provides three ladies hostel, one boys hostel, and one guest house